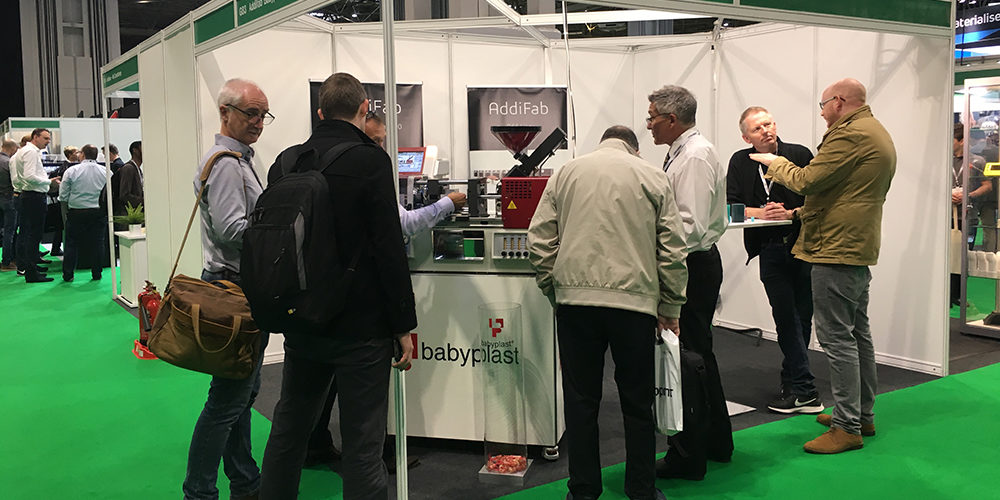 Trace PT made a big impact in its first appearance at this year’s TCT Show – the major UK event for design-to-manufacturing innovation at Birmingham’s NEC on 24th-26th September.

The innovative new FIM technique allows manufacturers to go from a CAD design file to an injection moulded part in as little as 24 hours (depending on the design and material requirements).

The Babyplast machine produces highly accurate mouldings using ‘any’ plastic raw material required by the client and does this by utilising the FIM system.  FIM 3D prints the actual mould tool cavity and thus allows all the advantages of 3D printing but avoids all of its disadvantages – such as poor structural strength, limited choice of materials and usually the restriction of having to use materials which are unsuitable for the final part to be used for its design purpose. FIM now makes it possible to injection mould parts, which up until now, have been impossible to “injection mould” and which could only be 3D printed.

Trace PT UK Sales Manager Paul Shrimpton said: “The stand was extremely busy on all three days from opening to closing, with a significant number of very serious enquiries about the Babyplast machine and its potential for FIM by pairing it with the AddiFab technology. Early figures indicate that  ours may well have been the most visited stand at the show and most pleasingly, we also had a number of other exhibitors bring some of their visitors to the stand. It’s great to be playing a part in a genuine innovation and one which will bring massive benefits to manufacturers producing any kind of small moulded parts.”

Trace PT and AddiFab have continued to receive further enquiries since the show and will continue collaborating to ensure that FIM benefits are made available for UK manufacturers going forward.